In a rural and remote corner of northeastern India, the North India Province of the Congregation of the Mission established the Wakka Mission in 2009. This mission serves over 10,000 people from 3 tribal groups. It is difficult to reach by any means. When established, the area was severely lacking in education for the children. The first school the Vincentians established there was in a temporary shed. Eventually, this was replaced by a permanent one-story structure built to serve children up to grade 5. 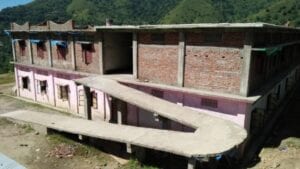 Rear of building during construction

In more recent times, a need became evident for a larger school that would serve students up to grade 10. With the help of the VSO and Kindermissionwerk, the school developed and then realized a plan to add a second floor to the existing building.

Construction began in September 2018. Despite trials mainly caused by the remoteness of the area, the construction was recently completed. It added 5 classrooms, a science and computer lab, 2 lavatories, a veranda, and 2 stairwells. Because of the extra space, the school can now teach up to 600 students from Pre-K to 10th grade. 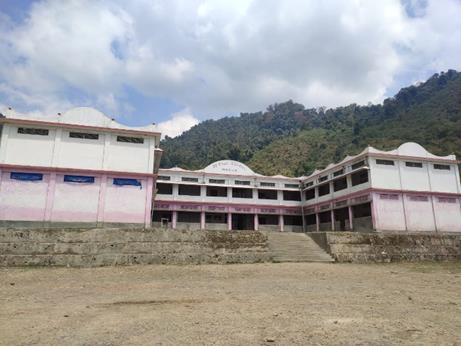